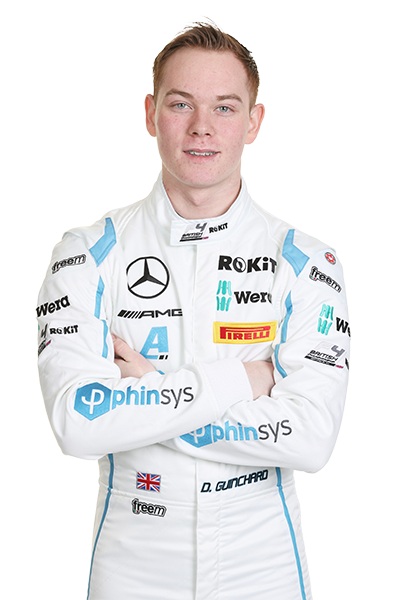 Daniel Guinchard graduates into ROKiT British F4 off the back of a stellar 2021, in which the 15-year-old claimed two Wera Tools British Karting Championship titles simultaneously in both Junior X30 and Junior Rotax.

Those performances put him on the radar of Mercedes-AMG Petronas Formula 1 Team, with Guinchard also unveiled as an official junior driver prior to the start of the 2022 season. He will take his first steps on the FIA Single Seater pathway with Argenti Motorsport, under the guidance of Michael Meadows.

Undoubtedly one of Britain’s most promising talents to emerge from the UK’s extensive karting community in recent years, Guinchard will be hoping that title success in his maiden year of single seater racing will kickstart a career right to the very top of the sport.