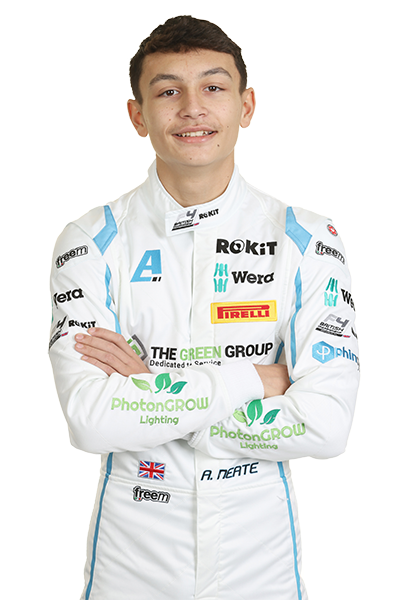 After making a full-time switch to Britain’s FIA Formula 4 series partway through the 2021 season, Aiden Neate has since established himself as a likely championship contender heading into 2022.

The 15-year-old joined Argenti Motorsport ahead of the third event at Brands Hatch in the summer, and from there went on to score podium finishes at Croft, Silverstone, and Brands Hatch GP, as well as a stellar run of blistering qualifying performances, often challenging the established title contenders.

Neate spent the winter months in F4 UAE, building up not only a crucial bank of experience with the new Tatuus T-421, but also his confidence, exemplified in his return of nine podium finishes from 20 race starts in the Middle East.

And, in a season where much is different and the margins are closer than ever, that experience could pay dividends for Neate as he prepares a full-season assault on the championship.